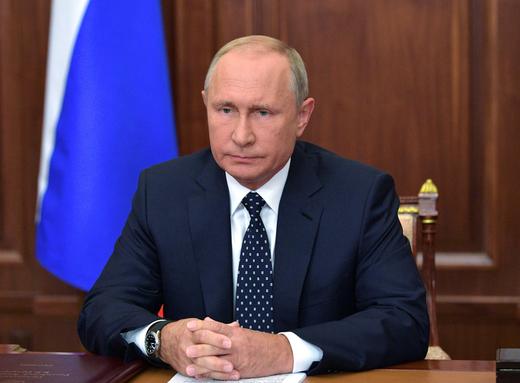 President Vladimir Putin made a televised address yesterday regarding the upcoming “painful” pension reforms, dubbed by Bloomberg “a master class in the art of political survival”. Putin asked voters to support the plan, and said that the country’s economy will collapse without it; he shaved three years off the proposed hike to the female retirement age because of Russia’s “special, gentle attitude to women“, but left the previously announced changes to male retirement age unchanged. The initial proposals, however, were to raise the female age by eight years, and so under his new proposal, both men and women are facing a five year increase. People on the streets of Yekaterinburg were not impressed with the news. This piece compiles some responses from prominent Russian figures. Finance Minister Anton Siluanov said that the cost of implementing the new proposals alone would amount to $7.3 billion over six years. The Central Election Commission says it is seriously preparing for a referendum on the reforms next year. The real problem is that Russia’s economy is stagnating, with little options available for shifting into growth: Mark Whitehouse looks at what’s changed since the boom of 2000-2008, and Bloomberg’s editorial board quotes former Finance Minister Alexei Kudrin’s argument that without the rule of law and a fair judicial system, economic success is impossible. “Putin can have Putinism or a more prosperous Russia, but not both.”

The Kremlin’s digital division believes that, as much as it would like to, it is impossible to fully block messaging app Telegram. “Nothing can be totally blocked on the Internet today.” InDriver, a Siberian startup copycat of Uber that uses bargaining instead of fixed prices, is taking off. The US is accusing Russia of breaking WTO rules by imposing retaliatory tariffs on US products. Foreign Minister Sergei Lavrov is urging the West not to interfere with the attacks on Syria’s Idlib, which he described as a “festering abscess” that needs to be “liquidated“. The Independent argues that the continuation of conflict in eastern Ukraine is in the interests of the political elite.

Advertising standards are under fire after a construction company portrayed small breasts as a physical defect. Why are Russia and China so keen on massive war games when, “for all their increasingly allied interest against America, there are no signs Russia and China particularly trust each other”?