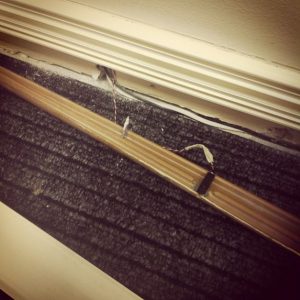 Former oil tycoon Mikhail Khodorkovsky, for whom the cage where Pussy Riot now stand trial was built, has penned an article in the Guardian in which he compares their court case to a ‘medieval inquisition’.  Pop icon Madonna, on tour in Russia, has told the press that the imprisonment of the girls would be a ‘tragedy’.  In an attempt ‘to give a bit of extra attention’ to the legal assault on the anti-Putin punks, British Shadow Chancellor Kerry McCarthy has attended their trial.  Meanwhile the judge has refused to permit the defense to question the co-author of an expert opinion that deemed their ‘punk prayer’ was motivated by religious hatred.  A Moscow court has fined two musicians 1,000 rubles each after police accused them of hooliganism for singing a Kremlin-critical song at a Moscow charity concert.

Opposition leader Alexei Navalny has apparently found a wire tap in the offices of his Anti-Corruption Fund.  The pro-Kremlin youth movement Nashi has begun legal action to have Navalny removed from the board of directors of Russia’s flagship airline Aeroflot.  Aeroflot shareholder Alexander Lebedev, who nominated Navalny for the board, has told the press he has proof that Russian officials stole enormous sums of money from the country’s banks. It has been reported that the Investigative Committee is preparing criminal charges against  Gennady Gudkov over accusations that the liberal-inclined deputy benefited from illegal business assets.  Capital flight from Russia may reportedly reach about $50 billion in 2012.

Reuters offers a profile of hardened diplomatic survivalist and Foreign Minister Sergei Lavrov.  Federal space agency Roscosmos has announced that an unmanned rocket and its payload of two communications satellites has failed to reach its target orbit, the third failure of this kind since 2010.  Wired’s Danger Room looks at the decrepitude of Russian drones.

PHOTO: The listening device Navalny discovered in the office of his Anti-Corruption Fund. (Twitter)