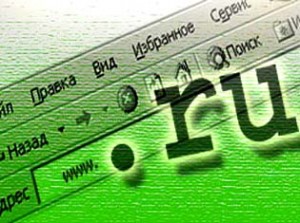 Although serious investigative journalism in Russia is a dangerous, if not suicidal, profession, for the armchair internet pundit, the Runet is their oyster.  Despite the occasional case of a jailed blogger or an arrested extremist, the Russian government’s policies toward online activities has long been an anomaly; a free, open, and uncensored departure from other trappings of authoritarianism.

Perhaps the thinking is that the internet, unlike television, poses no real threat to the power structure (42.8% penetration), or that it is simply a useful pressure valve for Russian citizens to vent their anger and frustration with the state without fear of repercussions.  Also the internet is immensely popular in Russia – the average user spends more time on social media than most other countries, and even the “strippers for Putin” project offers to give away a much-coveted iPad.  However as the number of Russian users increases and the intensity of their social networking deepens, it may become more difficult for the protectors of Russian net freedom to hold the paranoid FSB at bay, even more so with their usual pre-election jitters.

Already LiveJournal is a mess, facing regular outages as a result of a massive, coordinated DDoS attack in which someone (the Kremlin? A disgruntled oligarch?) has invested upwards of $15,000.  These infamous cyber security issues (remember when Twitter crashed as a result of Georgian blogger cyxymu?) also provide a pretext for more intrusive government involvement.  Already the FSB has opened up a series of investigations into the online leaks of consumer data hacked from Yandex, although the target of their probe could easily move over to the new series of crowd-sourced anti-corruption sites, such as Alexei Navalny’s Rospil.info.

However these changes to how the Russian government deals with the internet appear to be gradual and creeping, rather than sudden and drastic.  Last April, the Kremlin received over a dozen submissions to its call for a study to examine the “regulation of the legal responsibility of Internet users”, ultimately awarding the $973,000 contract to a little-known government-connected firm, the Institute of Legislation and Comparative Jurisprudence under the Government (IZiSP). Among other things, the goal of the report is to find techniques for prosecuting non-law-abiding Internet users, setting standards for the uploading of “offensive” information, and establishing a legal right for the Russian government to block or suspend Internet access at its discretion.

Think of this as the beginnings of a Russian Internet bill of rights, with the emphasis not at all on rights, but rather on blocking access to information and creating legal means of closing sites. “Where are the guarantees to the freedom of speech, the right to information and the freedom of access to the Internet?” asked an activist from the human rights group, Agora. “It can be assumed that the analysis will be conducted from a governmental point of view…and will obviously be focused on government regulation.”

What’s interesting here is that Russia’s move to impose its will on the Internet mirrors a global trend that is starkly at odds with the creative, even optimistic, usage of the Internet—and social media sites in particular—during, for example, the recent uprisings in the Arab Spring. To quote from the thesis of a remarkable new report on the subject, “Rise of a Cybered Westphalian Age”, in the Spring 2011 Strategic Studies Quarterly: “Today we are seeing the beginnings of the border-making process across the world’s nations. From the Chinese intent to create their own controlled internal Internet, to increasingly controlled access to the Internet in less-democratic states, to the rise of Internet filters and rules in Western democracies, states are establishing the bounds of their sovereign control in the virtual world in the name of security and economic sustainability. The topology of the Internet, like the prairie of the 1800s’ American Midwest is about to be changed forever—rationally, conflictually, or collaterally—by the decisions of states.”

In Russia, these conceptions of “online sovereignty” already well underway, even though the legislative process has yet to catch up.  This creates a big problem in a country where regular corporate raiding is the norm, alongside an attempted resurgence as a tech economy. Last February, for example, police raided one of the data centers of Agava, a leading Russian Internet-hosting company, on suspicion it was hosting an unlicensed video game.  Six weeks later, the company’s server farm was also raided, this time on suspicion that one of its servers was hosting child pornography. Instead of taking the individual server in question, the police shut down all of them, forcing many of Agava’s clients off-line. Though the subsequent outcry caused President Dmitry Medvedev to turn the servers back on, the incident served notice to Russia’s young, tech savvy entrepreneurs, and some of them even fled the country.

And although Russia is generally seen as just one of those countries that will not be changed by any over-hyped social media revolution (a smart guy even wrote a bitter book about it), people have been doing some new and amazing things with these tools.  A few weeks ago on a highway in southeast Moscow, the well-known photo-blogger Dmitry Ternovsky was shot at by the passengers of an upscale Mercedes he’d photographed breaking traffic laws.  Ternovsky live-tweeted the experience—along with the car’s license plate—and posted a rough video of the encounter on YouTube. After being spurred on by a call to arms by another popular photo-blogger, Russia’s growing tide of LiveJournal activists went to work trolling Russian social networking sites to track down the culprit, eventually locating photos matching the men on the Russian social media site Odnoklassniki. The amateur detective work resulted in the assailant’s arrest, and he may be charged with “Hooliganism,” which carries a sentence of up to 7 years in jail.

Before the arrest, Ternovsky pondered what in his mind was a growing divide between old-school detective work and the omnipotent eye that is the modern Internet, in a way that framed the increasingly contradictory and convoluted applications and controls of social media the world over. What was taking police so long to act, he wondered on his blog. “Officers of the Ministry of Internal Affairs need to somehow quickly learn to use the Internet and search on social media networks. For now we take hours sketching portraits and looking at files of bandits, while criminals can be easily found on the Internet.”

So long as clever people such as Ternovsky are out there fighting to protect net freedom in Russia, the state might find it easier said than done to bring these online spaces under tighter control.  As argued by Luke Alnutt in response to the Cyber-Westphalia paper, “If governments did go down the extreme road of essentially imposing national intranets on their populaces, many would accept them, but many wouldn’t — many would fight them with proxies, or anonymizers, darknets, or even DDoS attacks. They would create their own public spaces on the Internet outside the control of the government. While the global commons is being enclosed, there is still a huge potential for transnational forces to disrupt the whole process: whether they are dissidents in China, WikiLeaks, or Anonymous.”

Nevertheless, as the nerves fray with the approach of the next transfer of power, we can be certain that we haven’t heard the last of this.