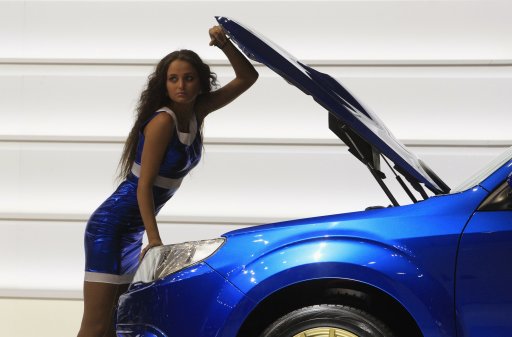 Russia’s automobile industry is getting a lot of attention this week after General Motors Co and Volkswagen both announced separate investments of  $1 billion and €1 billion respectively, over the next five years.  It turns out that Japan’s Mazda and Nissan are also planning production this year and in 2014 respectively; Porsche, Audi and BMW are all planning to add showrooms and outlets; and Michelin is looking to broaden its Russian range.  Last year, the market rose 70%, with total sales of almost $60 billion, and this year it is expected to increase again, with revenues looking likely to increase by 19%, to $75 billion.

Companies are being inspired to look to the Russian market because 33% of cars on the road are more than 15 years old, and a car-ownership ratio of 200 per 1,000 people indicates that there are years of strong growth left in the industry.  Foreign carmakers have been assured that their Russian investments will not turn sour with new WTO tariff reductions, because of a new automobile recycling fee that will hit imports, making them as expensive as before the new tariffs came into play.  But Russia needs to protect its burgeoning domestic market (the Moscow Times notes that ‘sales of locally produced foreign cars reached 45 percent of the total sold in the country in the first half of this year, both in terms of units and value‘).

No wonder the EU is concerned about the news of the new import duty:

The European Union, whose main exports to Russia are cars, expressed its dismay over the auto-recycling fee. The EU is “particularly concerned” about the legislation, which could discriminate against imported vehicles,” its governing body, the European Commission, said in a statement last week.

EU car exports to the country were worth 7 billion euros ($8.75 billion) last year, according to the statement.

PHOTO: A model poses with a car on display during the preparations for the Moscow International Automobile Salon August 29, 2012. REUTERS/Sergei Karpukhin