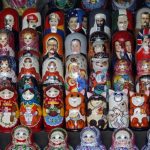 St Petersburg lawmakers have approved the second reading of a bill that would impose fines for publicly advocating gay relationships, effectively outlawing all public displays of alternative sexual orientations, including gay pride parades.  The European Parliament is calling for a freeze on all contact with the State Duma until Russia holds free and fair elections.  Garry Kasparov celebrates the current strength of the opposition movement.  Television host Vladimir Posner is considering canceling his own show due to state censorship.  Prime Minister Vladimir Putin says that more television programming should be devoted to religious topics, as religious leaders call his rule a ‘miracle’.  A new twist in the story that demonstrators were paid to attend a pro-Putin march last weekend – many are now claiming that they did not get the funds they were promised. Putin says he backs limiting the use of force in Syria through limiting ‘the ability of the two sides to use weapons’; and has blamed foreign interference for current violence and unrest in Libya.  Russian arms are reportedly being used by the Sudanese government against civilians in Darfur.

The British Foreign Secretary has met with Sergei Lavrov to discuss Moscow’s blocking of a UN resolution on Syria, as the European Union plans harsher sanctions.  The Moscow Times looks at why Russian Winter Time is so unpopular (with 52% of people polled saying that they want last year’s reform of the system cancelled).  Following accusations that he was attempting to foment revolutionary unrest, U.S. Ambassador Michael McFaul has defended his position in Russia on Twitter, ‘highlight[ing] the embassy’s unprecedented reliance on Twitter and Facebook’.

A State Duma member has responded to Putin’s claim that Russia doesn’t have any political prisoners: ‘Literally, of course, we don’t have political prisoners, we don’t have charges, say, for anti-Soviet propaganda or anti-Putin propaganda.  But the political nature of many criminal prosecutions is perfectly obvious.’  The BBC reports on Pavel 183, the Russian street artist being compared to Britain’s Banksy.  Viktor Bout’s conviction has been upheld by a New York judge.