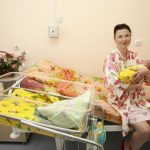 Freedom of assembly organization Strategy-31 held unsanctioned protest rallies in St. Petersburg and Moscow yesterday; Ria Novosti reports that police detained at least ten protestors in the capital’s Triumfalnaya Square.  Meanwhile, the Other Russia reports that more than 160 Russian activists were detained at the two rallies and among them numerous activists were severely beaten by police.  Following the dispersal of Occupy Wall Street protestors in Portland, Oregon, Foreign Minister Sergei Lavrov has criticized the West for ‘double standards’ in the way they treat public protests in Russia and at home.  An opposition activist might spend up to two years in jail for splashing water in the face of a prosecutor who, he alleges, threatened to kill him.  RFE/RL reports that police in Yekaterinburg have searched the offices of the unregistered opposition party PARNAS (Party of People’s Freedom), possibly prompted by a local resident receiving a sticker from the party’s office with a logo that ‘mentions a party of scoundrels and thieves’.  A United Russia member in the republic of Udmurtia who was filmed promising money for votes to local organizations has been shunned by the party.  NTV’s decision to pull a report on civilian deaths and kidnappings in Chechnya has been taken as evidence that the Kremlin is attempting to censor coverage of the trouble spot ahead of the elections.  For the first time in recent years, all of the political parties taking part in elections to the Russian State Duma on December 4 will receive television air time.In a BBC interview, former Moscow Mayor Yuri Luzhkov has accused Russian President Dmitry Medvedev of acting ‘like a dictator’ and predicting fraud in the upcoming elections.  A Moscow Times op-ed considers how the country’s ‘blogger-in-chief’ became ‘a victim of his own clumsy propaganda machine.’   Rock star Vadim Samoilov has dropped his slander lawsuit against music critic Artemy Troitsky, who called Samoilov ‘a trained poodle’ of Kremlin strategist Vladislav Surkov, after a linguistics expert ruled that the ‘poodle’ comment was criticism but not offensive.  A Russian soldier who claims he spent eleven years in forced labor in Dagestan has been officially charged with desertion.  Click here to see a video of the spy swap ‘illegals’, most famously Anna Chapman, performing their espionage activities in a surveillance video released by the FBI.

The world’s seven billionth person has been born in Kaliningrad.