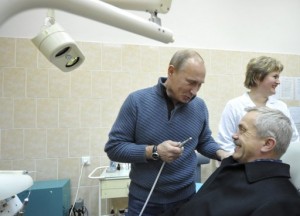 Today marks the second anniversary of the death of Sergei Magnitsky, and Russia is making a glaring failure to mark the date.  William Browder speaks to The Independent on Britain’s ‘bureaucratic resistance’ to taking a stand on the case.  Kremlin-backed youth group Nashi are hoping to gather 30,000 supporters in Moscow for a youth forum colliding with next month’s elections.  The unsuccessful launch of the Phobos-Grunt Mars probe is evidence of the struggles faced by Russia’s ‘once-pioneering space industry’. Russia’s deportation of Tajik migrants, thought to be a retaliatory move for Tajikistan’s jailing (and, some say, overly harsh sentencing) of two Russian pilots and part of a ‘xenophobia-tinged uproar’, will threaten an economy that relies heavily on Russia to employ its labourers.  The Syrian opposition is promising to guarantee Russia’s interests if it supports the ouster of President Bashar al-Assad.

20 activists, coordinated by Left Front leader Sergei Udaltsov, are protesting outside the Prosecutor-General’s Office calling for the freedom of political prisoners.  The Council of Europe is rejecting criticism from United Russia over its pre-electoral PACE delegation, saying that the members have not been accredited as international observers yet.  Former Mayor Yury Luzhkov was not detained after his appearance in court yesterday; a ministry spokesperson accused him of answering questions vaguely, using ‘general phrases’.

‘“Vladimir Putin is the most powerful human being in the world,” says the political scientist and head of the Eurasia Group, Ian Bremmer.’  The Guardian reports on the Confucian peace prize awarded to Putin by an ‘obscure’ Chinese research group.  A luxury resort at the Utrish reserve in Krasnodar is to go ahead, despite efforts from Greenpeace to stop it.

PHOTO: Russian Prime Minister Vladimir Putin (L) holds a dental borer as he jokes with Governor of Belgorod region Yevgeny Savchenko at a dental room of a local hospital in the village of Golovchino in Belgorod region November 15, 2011. REUTERS/Alexei Nikolsky/RIA Novosti/Pool