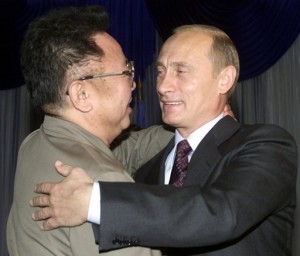 Reports from this weekend’s rallies variously count 1,000, 3,000, 4,000 and 7,000 anti-government protesters.  The Central Elections Commission apparently refused to register three independent presidential candidates (including Eduard Limonov, who called the refusal a ‘political crime’), as the Communist and Yabloko parties nominated ‘old-guard leaders’ to run, ‘disappointing some supporters’, particularly those who had been holding out for a nomination for Alexei Navalny.  Yabloko has filed its first official complaints about election violations.  President Dmitry Medvedev has described recent anti-government protests as ‘foam’ on the surface indicating deeper problems, and has called for an overhaul of the political system; U.S. President Barack Obama apparently raised concerns over the recent elections in a telephone call with Medvedev.  The Guardian reports on the protest activities of Left Front leader Sergei Udaltsov (currently being held in a detention center and allegedly in a critical condition) and his wife, Anastasiya Udaltsova.

United Russia has tried to bolster its image by awarding seats to a former Playboy playmate, a boxing champion and a tennis player.  Could Medvedev be in line to take over the party’s leadership?  The head of his administration is set to become the party’s choice for State Duma speaker.  Vladimir Putin’s approval ratings are at an all-time low of 51%; Vladimir Frolov imagines the Prime Minister’s ‘stupefaction and anger’ at losing public support; Shaun Walker imagines how Putin will be viewed in half a century from now.  He does appear to have some strong support from the Patriots of Russia Party, however…

The New York Times looks at the Orthodox Church’s role in spreading religious education throughout Russia.  ‘What ordinary people call ‘corruption’, the authorities consider an effective incentive system. What the rest of world calls election fraud, Russia’s leaders view as the means for maintaining control over the country’s resources.’  ‘Russia is one of the world’s most perilous places to practise journalism or any kind of truth-telling,’ said the Observer’s editorial yesterday, in a comment on the murder last week of Khadzhimurad Kamalov.

The Altai group accused of poaching endangered sheep have been acquitted – for a second time.  Russia’s population has shrunk by 2.3 million since 2002.  On the town of Veliky Ustyug.