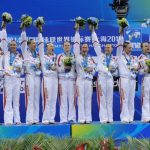 The Kremlin has offered Norway its assistance in investigating the ultranationalist bomber who killed 93 people last Friday.  A manifesto written by Anders Breivik, who orchestrated the attack, apparently praises Vladimir Putin as a ‘fair and decisive leader, deserving of respect’.  Putin has been awarded Germany’s Quadriga prize for state wisdom and bravery, giving Alexei Bayer ‘a good laugh’.  Three people were killed this morning in a Mi-8 helicopter crash in Kamchatka.  The final death toll of the Bulgaria is 122, after rescuers removed the last remaining bodies from the wreckage; further details of the tragedy have emerged.  President Dmitry Medvedev apparently wants to create a computer game that would mingle World of Warcraft with Russian history.

Boris Berezovsky and his ex-wife have both praised the English legal system following the completion of their divorce settlement – the largest of its kind in England.  The Georgian photographers arrested on charges of spying for Russia have been released, despite having been found guilty.  Henry Hale exposes some myths about the party system, including the notion that United Russia doesn’t have real support.  Authorities in Chelyabinsk are trying to hide online information about the city’s poor ecology record, offering a tender that would help them to hide negative Internet search results.  City managers that replace elected mayors are ineffective because they are not held responsible for their performance, says a regional development minister.

The Guardian links the 2007 disappearance of Ibragim Gazdiev to the FSB.  Alexander Solzhenitsyn’s short stories are to be published in English, for the first time, later this year.  Russia won all seven titles at the world synchronized swimming championships this weekend.  The Moscow Times profiles the city of Tomsk.

PHOTO: Russia’s gold medal winning synchronised swimming team celebrate on the podium during the award ceremony for the team free synchronised swimming competition in the FINA World Championships at the indoor stadium of the Oriental Sports Centre in Shanghai on July 23, 2011. (AFP / Philippe Lopez)