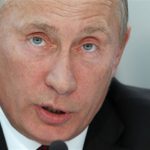 Vladimir Putin has announced that in a joint decision with President Medvedev, First Deputy Prime Minister Igor Shuvalov will oversee financial issues in the Russian cabinet while Anton Siluanov will become acting finance minister following the dismissal of Finance Minister Alexei Kudrin.  Ria-Novosti has a profile on the new finance minister, who is apparently an expert in regional budgets.  Kudrin’s outburst against Medvedev had ‘nothing to do with emotions’, he told the press, arguing that his remarks were the result of long-term considerations.  In the meantime, the Kremlin has shown itself extremely efficient in wiping all traces of the former minister from the government building, says the New York Times, whilst President Medvedev reaffirmed at a meeting with soldiers in the Ural Mountain town of Chebarkul that military spending would remain a priority.  Kudrin has dismissed media reports that he might become the leader of Right Cause with this withering indictment: ‘I have never considered the possibility of becoming involved in an artificial project that in effect discredits the liberal-democratic idea‘.    The party’s ousted leader, billionaire Mikhail Prokhorov, has wrote on his blog that Russia is standing at ‘the threshold of a very important, perhaps tectonic shift in the consciousness of the elite’ as the ruling powers become ‘polarized’.

Reuters has an insightful piece on why during the course of Medvedev’s presidency so little of his Go Russia! reform program has come to fruition.  Bully, hawk, reformer: which kind of Putin will return to the Presidency? wonders this article from the New York Times.  Yulia Latynina looks at the benefits for Putin of the strategic switcheroo: ‘[B]ecause Putin’s ratings are twice as high as United Russia’s, he cleverly slipped free of that political deadweight by dumping the thankless responsibility of heading the “party of crooks and thieves” on Medvedev’.  Taiwanese media company NMA has an excellent animation on Putin’s return which features Medvedev as a suited automaton.  RFE/RL’s Transmission provides a ‘user guide’ to the United Russia congress, which demonstrates some of the truly creepier details of this highly-mediatized event for non-Russian speakers.  An article from Reuters sees the reset of relations with the US imperiled by the return of ‘Alpha Dog’.  Amid all of the frenzied analysis on the Kremlin reconfiguration, one crucial question remains unanswered: has Putin had a face lift?

Foreign Minister Sergei Lavrov has reportedly told the UN General Assembly that the deployment of strategic missile defense systems in various parts of the world will affect the international security configuration.  He maintains that Russia needs ‘solid legal guarantees’ that the deployments will not destabilize the strategic and regional nuclear balance.  The Foreign Minister also described the narcotics threat from Afghanistan as a ‘heroin aggression‘ directed at specifically Russia and Central Asia.  Prosecutor Lilia Frolova has told ex-Ukrainian Prime Minister Yulia Timoshenko that her culpability in the abuse of power case relating to Ukraine’s gas contract with Russia has been fully proven; she may face seven years in prison.

The country’s largest online book retailer, Ozon.ru, has denied that it had refused to stock a history of the Federal Security Service after the FSB started investigating the book’s publishers.  The Moscow Times reports that a Russian Orthodox activist who beat a female Novaya Gazeta reporter at a gay rights rally Moscow, in an attack which was caught on film, has been cleared of criminal charges.  A court in the Smolensk regoin has extended for a further three months the pretrial detention of Other Russia member Taisiya Osipova, who is held on drugs charges, which she claims were planted in a politically-motivated case.  Moscow police crack down on the unauthorized use of migalki.  On the plight of Moscow’s 12,000 stray dogs.