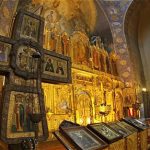 Prime Minister Putin has, for the first time, publicly addressed a corruption allegation against him, saying he does not have any relation to the business of Gennady Timchenko, who is owner of the major oil trader Gunvor and is widely alleged to have profited from close links with the Prime Minister.  Putin has also rebuffed claims made by anti-corruption blogger Alexei Navalny that $4 billion was embezzled by pipeline monopoly Transneft during construction of the East Siberia-Pacific Ocean (ESPO) pipeline. He can deny cronyism all he wants but ‘Putin has decided not to change the gerontocratic Soviet tradition,’ says Mark Feygin in the Moscow Times.   The Moscow Tines also has a useful feature on the political dinosaurs who seem to be lumbering back from the wilderness to take their places in the Putin-led election campaign, among them the Union of Right Forces, Yabloko’s Grigory Yavlinsky, Rodina’s Dmitry Rogozin, the liberal Union of Right Forces and ‘even Andrei Bogdanov’.  Since the overthrowing of authoritarian regimes is often precipitated by ‘pervasive corruption’, Christian Science Monitor wonders whether the prospect of another decade of Putin will force a revolution?  President Obama ‘will also have to be ready to speak out, clearly and forcefully, when Mr. Putin bullies his own citizens or his neighbors. There can be no illusions about who Mr. Putin really is’, says a realistic New York Times.  Lithuania’s prime minister has stated that the return of Putin next year has effectively destroyed any hopes of improved relations with the West.  As a result of Russian objections to what Moscow has called a stealth attempt to bring about regime change, a new draft resolution on Syria put forward by Britain, France, Germany and Portugal and backed by the United States has stalled in the UN security council.  Russia’s Foreign Ministry has voiced concern about border clashes in Kosovo, whose independence it does not recognize.  In another blow to the reputation of Russia’s military-industrial complex, Russia’s armed forces have revealed that an experimental intercontinental ballistic missile has failed during a test launch.  ‘Note to Russia: Your doomsday weapons need better rollouts if they’re supposed to be scary,‘ says Wired’s Danger Room.

The head of the Federal Anti-Drug Service has raised a storm of controversy by suggesting that the hemp industry be revived to provide jobs and quell social unrest in the regions where it grows in abundance illegally.  The BBC has taken issue with Guardian reporter Luke Harding’s suggestion that others media sources, including the BBC, do not tell difficult stories  about Russia.

Vladimir Putin has stamped his mark on Russian semantics by telling writers not to overuse foreign words as it demonstrates ‘a lack of self-confidence’ and told a congress of the Russian Publishing Union that raising the nation’s interest in reading should be a priority. Meanwhile, the Russian Orthodox Church has taken issue with the novels of Vladimir Nabokov and Gabriel Garcia Marquez for ‘justifying pedophilia’.  Widely regarded as classics, Lolita and One Hundred Years of Solitude should not be included in high school curriculum, says the Church, as they apparently ‘romanticize perverted passions that make people unhappy’.