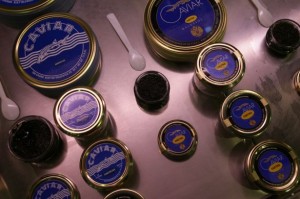 ‘They have many individual programs, but no unified one and no clear way to reach their goals, which are also not clear’: Prime Minister Putin’s verdict on the political opposition, given at a meeting with top members of the All Russia People’s Front.  Mr Putin apparently argued that there is no ‘common platform’  among his adversaries.  An article in the Economist agrees that there is a lack of coherence in the opposition movement and that ‘the best it can hope for at this stage is to erode his authority’.  The Prime Minister has reiterated that it would be impossible to annul the disputed December 4 election results, but pledged that the presidential election will be transparent.  He also stated that discussions with his opponents should be held, but he has yet to decide what ‘form’ this will take.   The Guardian described those comments as ‘the first signal that he might be prepared for dialogue with opposition groups’.   Putin has also rebuffed the idea of becoming acting president ahead of the March elections.

Garry Kasparov is optimistic on the prospects for change in an article praising the determination of hunger striking opposition leader Sergei Udaltsov.  Moscow city authorities have refused to give permission for a picket in support of the jailed activist, which was expected to attract around 3,000 people.  Simon Shuster from Time magazine has a profile of Alexei Navalny.   Self-appointed opposition/authorities mediator Alexei Kudrin has joined Twitter.  Mikhail Prokhorov denies he is Putin’s creature.  Brian Whitmore on RFE/RL discusses the reasons for Vladislav Surkov’s departure – a desire to reform or the wiliness of replacement Vyacheslav Volodin?  Medvedev has ordered the drafting of bills relating to election reform, but his choice of new appointments from among siloviki hardliners belies any reforming impulse, says the New York Times.

The Russian Foreign Ministry has published its own report on human rights in foreign countries, in which it has slated Washington’s attitude towards freedom of speech and flagged up concerns about ‘the odious prison in Guantanamo Bay’.  For all the Kremlin’s Washington-baiting, ‘in the end they follow the West’s cues‘ when dealing with the opposition movement, argues Yulia Latynina.

A Russian court has rejected claims that the sacred text, the Bhagavad Gita, is extremist.  Egypt may back Russia’s probe into the deaths of Libyan civilians allegedly killed by NATO air strikes during its military campaign.  Moscow has urged Syria to allow members of an Arab League mission to travel the country freely as they investigate whether Syria is implementing a peace plan.  First Deputy Prime Minister V. Zubkov claims that Russia has seen a fall in alcohol sales over the past two years from 18 liters to 15 liters per capita a year.

Marina Fokina, the head of the Center for Festivals and Celebrations in St Petersburg has been bestowed RFE/RL’s Golden Toilet Brush, awarded for spectacular expenses claims.  The winning entry was a claim she spent $17,400 on buying a disposable doormat.  In a rather grizzly preface to the season’s festivities, police have apparently seized a stash of over 175 kilograms of caviar stored in the morgue of a St. Petersburg hospital.

PHOTO: The setup at the St. Petersburg morgue wasn’t so appetizing: Police video footage shows a fridge full of caviar next to a body in a coffin.  (Andrei Makhonin / Vedomosti)