Party Over For Power Vertical? 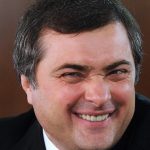 Brian Whitmore has, with habitual insight, given his take on the significance of Putin’s abandonment of United Russia here on RFE/RL.  He sees Putin’s departure as part of a wider trend, currently underway, in which other political parties of the managed democracy such as the Communists and A Just Russia, are morphing and fracturing in a way which is increasingly difficult for the Kremlin to supervise.  He points to the departure of power vertical architect Vladislav Surkov as the moment when the system, formally so tightly wound, began to spin out of control:

Gleb Pavlovsky, who himself was dismissed as a Kremlin strategist in April 2011 for being too vocal in support of a second Medvedev term, told the British daily “The Guardian” in March that Surkov understood “the limits of the system” and didn’t want Putin to “experiment” with a return to the presidency.

“He was the last person in the Kremlin who understood what the system could withstand and what it couldn’t. And now there is no one left to feel that,” Pavlovsky said.

Ever since Putin’s return to the presidency was announced at last September’s United Russia congress, the Kremlin has been all tactics and no strategy.

Every one of Volodin’s projects — from the formation of the Popular Front to the “managed chaos” of letting hundreds of parties, many of them Kremlin “clones,” register and compete in elections, to the Putin presidential campaign’s decision to play to the economic and social resentments of the disaffected — have  been about short-term survival.

Read the rest of the prognosis for the systen’s future here.