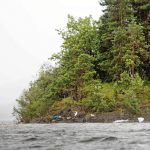 There is an old phrase that there is no such thing as bad publicity.  The following is an glaring example of when this adage proves false.  The Moscow News reports on the Russian predilections of Oslo’s mass murderer Anders Breivik, highlighted in his 1,500 page online manifesto:

Breivik reportedly picked out Russia’s prime minister as a figure he would like to meet.

And he also highlighted the qualities of Nashi, the pro-Kremlin youth movement long-established in Russia, Vedomosti reported.

Much of the rambling text takes the form of an imaginary interview with the terrorist, who asks himself, among other things, which living people he would most like to meet, according to posts by the blogger avmalgin.

He picked out Putin and Pope Benedict. “Putin seems to be a fair and decisive leader, deserving of respect,” Breivik wrote. “At this stage I am not sure whether in the future he will be our best friend or our worst enemy … but I’d rather not have him as an enemy.”

Breivik also admitted that Putin would have no choice but to condemn the attack, adding that he “understood this”.

Russia has offered condolences to Norway, and also suggested sharing the experience of its own battles against terrorism. Putin spoke directly with his Oslo counterpart Jens Stoltenberg by telephone, while President Dmitry Medvedev and Mikhail Margelov, chairman of the international committee on the Federation Council, both pledged to give assistance to future Norwegian counter-terrorism operation.

Breivik was also full of praise for Nashi, urging Norway to establish its own youth group devoted to protecting conservative, patriotic values.

“We much reach a consensus on establishing a modern, ‘untainted’ conservative patriotic youth movement,” Breivik wrote. “This should be an equivalent of the Russian movement Nashi. They are anti-fascists but patriotic conservatives.”

Putin and Nashi have needless to say both vociferously condemned the attacks, the Prime Minister’s spokesman Dmitry Peskov describing the Norwegian terrorist as ‘the devil incarnate. An absolute madman’. A tragedy for Norway proves an uncomfortable moment for Russia.