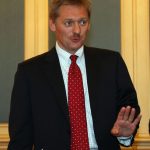 The State Duma has approved the bill to reintroduce gubernatorial elections by a slim margin.  With Putin allowed to consult on any potential candidates, ‘it will be easier for a camel to go through the eye of a needle than for an opposition candidate to become governor’ says Communist deputy Anatoly Lokot.  Georgy Bovt in the Moscow Times argues that ‘the new legislation will prompt opposition parties to be more active at the municipal level’ which could have positive effects in the long term.  The Huffington Post’s Thomas Hirst also considers the gradualist approach among the opposition movement in this report.  Brian Whitmore suggests all of Russia’s political parties have fallen into disarray since the departure of strategist Vladislav Surkov.  One of United Russia’s highest-ranking women, Lyubov Sliska, has pledged she will leave the party which has ‘no use for her’.  Despite the uncertain future of United Russia, a senior lawmaker has vowed that Putin’s All-Russia People’s Front is far from flagging.  Astrakhan’s political hunger striker Oleg Shein has told the press that the authorities have brought 13 administrative charges against him.

Political prisoner Sergei Mokhnatkin, who was jailed for defending a woman allegedly beaten by police at a Strategy 31 rally, has been released from a penal colony after being pardoned by President Medvedev.  Russian rock icon Yury Shevchuk of the band DDT has accused officials of thwarting a concert tour of Siberia as a result of his anti-Kremlin pronouncements.  Reuters reports on how pro-Kremlin activists are using hacker networks to stymie the political opposition.  A gay teenager forcibly admitted to a drug clinic by his father after coming out has been freed by a group of supporters.  In the Arkhangelsk Region, the anti-gay propaganda law (which has now also been passed in Novosibirsk) has claimed its first victims.  A video released from a St. Petersburg hospital has apparently revealed shocking abuse of a homeless man at the hands of nurses.

Following inflammatory comments made by prominent Muslim figure Dagir Khasavov, Kremlin-backed Islamic clerics have expressed their belief that Sharia courts should not be introduced in the country.  Russia and Tajikistan have reportedly failed to make progress on the future of Russian troops in the Central Asian state.  Moscow and Baku are cooperating on joint anti-terrorism raids.  Moldova has recalled its ambassador to Russia after the diplomat expressed support for maintaining troops in the separatist region of Transdniester.  The Kremlin has urged tougher action on the threat of global cyberwarfare.