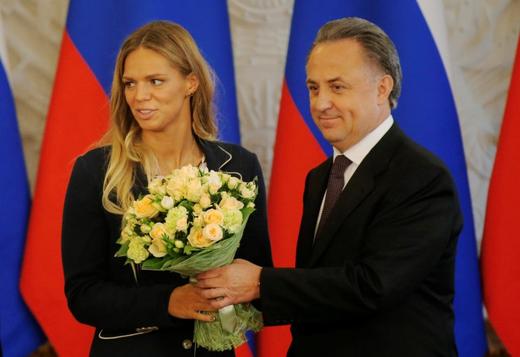 German Chancellor Angela Merkel has accused President Vladimir Putin of breaking international law in Ukraine and warned that NATO would defend its member states from attack.  The German Foreign Minister called for a new arms control deal with Russia focused on transparency and risk avoidance, in order to ease fears that a war could be triggered by accident.  Putin’s announcement of snap military drills yesterday morning gave Poland cause for concern; he also called for an immediate review of Russia’s combat readiness on the Ukrainian border.  Forbes says the narrative of US-Russian relations being at an all-time low is disproved by the positive experiences of thousands of US-Russian cultural institutions and businesses that are constantly exchanging resources and support.  Sberbank, which is seen more risk-averse than rival banks like VTB, set a new profit record for the second quarter, causing it to raise forecasts.  Russian banks are to be obliged to report any politicians’ or officials’ links to ‘undesirable organisations’ to the financial authorities.  Vladimir Putin’s son-in-law, with an estimated net value of $2.4 billion, is now listed as a member of one of Russia’s wealthiest families.  This piece speculates that Anton Vaino, the replacement for Sergei Ivanov as Putin’s chief of staff, has enough in common with Dmitry Medvedev that he is likely to become the next Prime Minister.

President Vladimir Putin described the Paralympics ban on Russia as immoral and inhumane, as the race-walking coach Viktor Chegin, who was linked to more than 20 doping cases, lost his appeal on a lifetime ban from athletics.  In the wake of the Paralympics ban, Moscow is intensifying its campaign against Grigory Rodchenkov, the Russian doctor who provided evidence of state-sponsored doping, with a court ordering the seizure of his property.  The Kremlin’s latest anti-terror legislation (which requires Internet Service Providers to store all web traffic, including private messages and emails, passed in July) will be difficult to put into effect, and could cost ISPs a combined $39 billion. Another criticism is that the measures could actually aid terrorists ‘making the haystack, in which one needs to find the needle, much bigger’.

The Finance Ministry is continuing to rely heavily on the oil and gas industry, mulling a new tax level for Gazprom and crude producers that would bring in an added $5-6 billion next year.  US Vice President Joe Biden is warning Europe that the newest Nord Stream pipeline ‘looks like a fairly bad deal’ for Europe that it will increase energy dependency on Moscow, thereby ‘fundamentally destabiliz[ing] Ukraine’.  Russia’s UN Ambassador Vitaly Churkin dismissed suggestions that a new report blaming the Syrian government for carrying out attacks on its own people using industrial chlorine would cause a rift between Russia and the United States, because ‘we have a joint interest in discouraging such things from happening’.