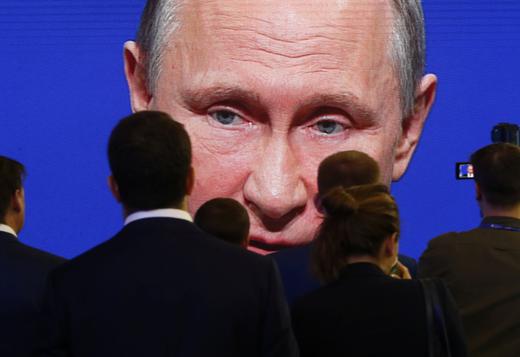 Russia’s political disinformation campaign around the last US presidential elections was much wider than previously thought, covering all major social media platforms and targeting specific voting demographics across races and religions, according to a new Senate report. It also claims that Instagram played a bigger role than Facebook, and that Russia’s trolling will continue through to the elections in 2020. “In an election decided by a rounding error — fewer than 80,000 voters spread over three states — Russian trolling easily could have made the difference,” writes Michelle Goldberg. New draft legislation submitted to the State Duma lays out a plan for creating a Russian-only Internet. Yulia Latynina writes on the recent ineptitude of Russian military intelligence, arguing that Putin cannot upgrade it because “an efficient military could stage a coup against him”.

Notorious Russian prison Butyrka, in central Moscow, which housed both Alexander Solzhenitsyn and Sergei Magnitsky, is soon to be closed. A Moscow university raid led to the detention of at least a dozen students. National Guard chief Viktor Zolotov’s defamation lawsuit against Alexei Navalny will be thrown out unless the former completes his paperwork. The warming of Yakutskt, one of the world’s coldest cities, due to the melting of the permafrost it is built on, is a threat to its housing, water, and sewage pipes.

Russia has built new barracks for troops on two of the four islands under dispute with Japan (the Southern Kurils), following Japan’s requests to reduce military activity there. Russia’s Ministry of Defence announced a new deployment of fighter jets to Crimea.