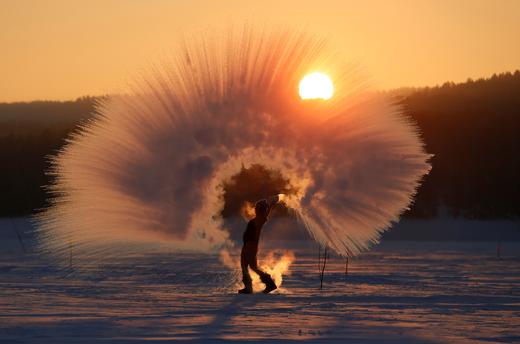 Unsanctioned marches were held in Moscow, St Petersburg, and other cities yesterday in support of Anastasia Shevchenko, an activist with Open Russia, who was barred from seeing her critically ill daughter until just hours before her death. The roughly 100-strong gatherings, named the Marches of Maternal Anger, saw 9 people detained and others assaulted by pro-Kremlin loyalists from the South East Radical Block. The Moscow Helsinki Group is warning that the case of Jehovah’s Witness Dennis Christensen, who was jailed for six years last week, will set a precedent for further persecution of religious groups. The head of the Investigative Committee is seeking donations to construct a bronze Arcangel Michael at the Moscow headquarters “as religious symbols gain an increasingly prominent place in Russian state institutions.”

Russian sources are reporting that Russia’s major internet providers are planning, in cooperation with the authorities, to disconnect the entire country from the global Internet before April 1, as part of an experiment to help draft internet laws. Darya Burlakova, an investigative journalist for TASS, says she was forced to resign after her investigative report into Moscow school lunches mentioned Concord, the catering company belonging to Evgeny Prigozhin. Mark Galeotti characterizes Prigozhin as the latest in a long line of Kremlin-linked “ogres” who, like Alexander Bastrykin and Viktor Zolotov before him, makes headlines by having Kremlin backing for activities that are barely contained by the law – a monster “only partly bound by his chains”.

A mass invasion of polar bears into the Novaya Zemlya archipelago has led officials to declare a state of emergency. The New York Times blames Russia for the breakdown of the Intermediate-Range Nuclear Forces Treaty, saying that it has continuously denied its own violations.

PHOTO: Winter outdoor sports enthusiast Olesya Ushakova poses while throwing hot water into subzero air as she participates in the “Dubak Challenge”, an intense cold challenge that is popular on social media in Russia, during sunset outside the Siberian city of Krasnoyarsk, Russia February 8. REUTERS/Ilya Naymushin