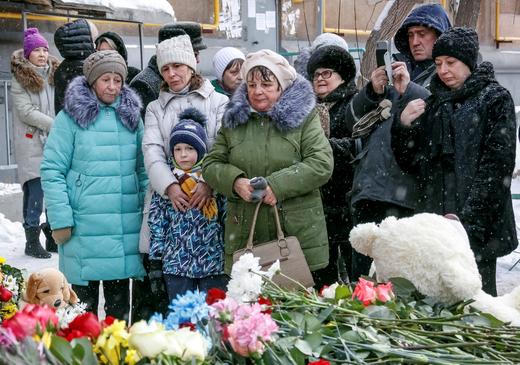 The Kremlin will give roughly 2 million state workers a salary boost later this year in a bid to claw back support lost with last year’s unpopular pension reforms. Inflation looks set to soar to 6% this March, and has already breached the Bank of Russia’s 4% target. Almost 90,000 people signed a petition to resettle the survivors of the New Year’s Eve Magnitogorsk apartment block collapse, which killed 39 people. “Everyone is afraid of returning to the affected house,” said one resident. Prime Minister Dmitry Medvedev discussed the allocation of $2.2 million in government funds to purchase apartments for the residents of the partially-collapsed block, pledging “consistent assistance” to those affected. Kirill Chirkin, a Moscow municipal deputy who has received multiple death threats, was attacked in the street yesterday and told to “slow down” his work. “Ironically, they attacked me in the same place where I’ve tried to get more street lights installed,” he said. Andrei Klishas, who has authored many controversial draft laws in his role at the Federation Council, defended his approach in a new interview.

T-34, a state-funded war movie about a patriotic Soviet soldier, has broken box office records, taking $10.5 million in its first week. Kremlin spokesman Dmitry Peskov has denied accusations that Russia has been meddling in advance of Israel’s April elections. “Russia has not interfered, does not interfere and doesn’t intend to interfere in any election in any country in the world.” Peskov also defended against accusations that detained UK-US national and former marine Paul Whelan was being used as a pawn, saying, “In Russia we do counter-espionage activities, directed against people suspected of espionage.” Russia is accusing Tokyo of deliberately provoking tensions in advance of planned meeting between President Vladimir Putin and his Japanese counterpart Shinzo Abe.

The Latvian PM defended the publication of files on Soviet-era informers. RFE/RL posted images taken by the American Red Cross in 1922, during Russia’s Civil War.