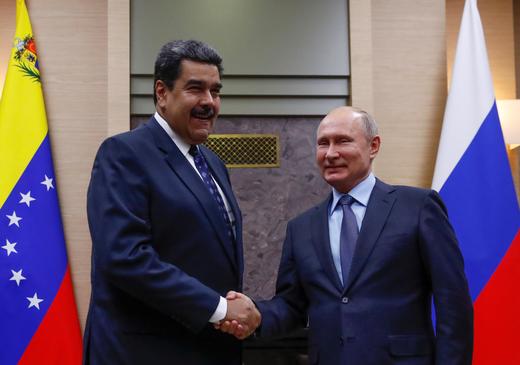 TODAY IN RUSSIA: Senator arrested in Federation Council over murder and organised crime charges. Bribery decriminalised under certain conditions. Prigozhin seeking to spin influence in St, Petersburg. Kremlin not granting leniency to Venezuela on its obligations, vows to defend Maduro’s interests. Majority fear outbreak of war, Kremlin denies it is war with Ukraine.

Senator Rauf Arashukov was arrested in the Federation Council yesterday, following a vote to strip him of legal immunity, on suspicion that he was involved in two contract killings and participation in organised crime. The Justice Ministry proposed a new bill that would decriminalise bribes committed under “exceptional circumstances”, such as to settle or prevent conflict of interest. Meduza explains what this means, and why it does not constitute a broad decriminalisation of bribery. Evgeny Prigozhin (“Putin’s chef” and the puppetmaster of the Kremlin’s infamous “troll factories”) is reportedly using his spin doctors to influence the St. Petersburg gubernatorial elections and thereby gain more power over the distribution of the city’s state contracts. The Moscow Times looks at the intricacies involved in oligarchs passing their wealth to their heirs, and why many would rather that their offspring didn’t follow in their footsteps.

Despite current turmoil in the country, the Finance Ministry will not grant any leniency to Venezuela on the repayment of its debts or its oil project obligations. Deputy Prime Minister Dmitry Kozak issued a similar message regarding Venezuelan obligations to Russian companies based there. Finance Minister Sergei Storchak acknowledged that Venezuela will have difficulty meeting its foreign debt obligations due to US sanctions on PDVSA, the state oil company, but nonetheless expects its next $100 million repayment to arrive on schedule at the end of March. Foreign Minister Sergei Lavrov says the sanctions are illegal and that Russia will continue to support the administration of Venezuelan President Nicolas Maduro. The opposition, meanwhile, is talking about renegotiating prices on its existing weapons contracts with Russia.

As a majority of Russians fear the outbreak of war with various countries (although still fewer than in 2014 following the annexation of Crimea), the Kremlin denies that Russia is at war with Ukraine. The Danish Foreign Minister is calling for EU-wide sanctions on Russia over the Azov Sea standoff.