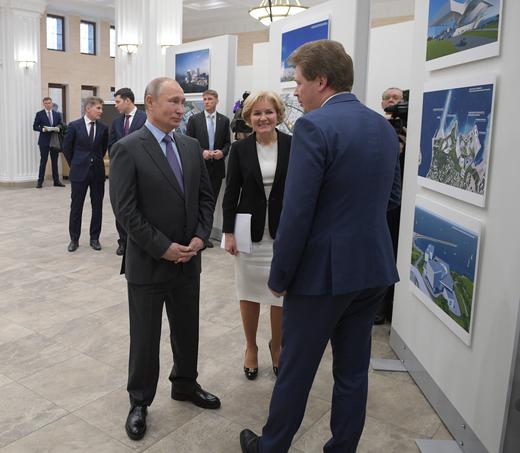 President Vladimir Putin launched a new LNG terminal in Kaliningrad yesterday, hailing the province’s “zero” dependence on the transit supplies of Belarus and Lithuania. The World Bank has downgraded its expectations for Russia’s economic growth this year, to 1.5% from its initial 1.8%, and saying that much of Russia’s resilient growth is thanks to private consumption and exports. Russia’s State Duma began its new session today, amidst promises to improve quality of life and longevity, reduce poverty, and develop technology. Patriarch Kirill has warned of the coming of the Antichrist, via the use of smartphones: “a personality that will be at the head of the world wide web controlling the entire human race.” Orthodox priests performed a memorial service for those killed in the Magnitogorsk apartment block collapse on New Year’s Eve.

Russia says it is ready to meet with the US to discuss the Intermediate-Range Nuclear Forces (INF) treaty. House committee leaders are asking the US Treasury for detail on its decision to ease sanctions on entities connected to oligarch Oleg Deripaska, despite his keeping “significant ownership” of one of the companies. The charging of Russian lawyer Natalia Veselnitskaya, who met with Trump campaign officials in Trump Tower in 2016, with the obstruction of justice, has revealed her close ties to the Kremlin. The Russian Embassy in the UK has published a press release in response to local media reports about Sergei and Yulia Skripal, bringing some new details to light about the nerve gas poisoning case.

The World Anti-Doping Agency will send inspectors to Russia for the second time today in a bid to obtain athlete test samples. Putin revealed a new detail of his biography earlier this week, his previous military rank of lieutenant.