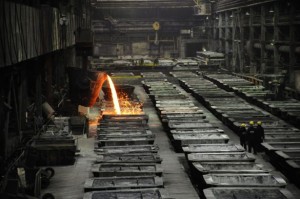 Icy conditions are apparently the reason why President Putin has decided to cancel his annual question-and-answer session with the public this year.  Russia’s election ‘wizard’ Vladimir Churov has denounced what he views as the iniquities of US election practices.  The Foreign Ministry agrees that ‘the US electoral system is decentralised, fragmented and obsolete’.  Yesterday’s unsanctioned Strategy 31 freedom of assembly rally ended with the arrest of 12 participants from a group of around 70.  In the Coordination Council, ‘cooperation is inevitable’, says Boris Netmsov as he and Gennady Gudkov offer their views on the new formation.  Two high-ranking Moscow academics have been caught taking a $30,000 bribe by local police.

British business mogul Richard Branson is hoping to invest around $1 billion in Russia via the Virgin Group, with an emphasis on green growth.  Despite showing an interest in the acquisition of Australia’s GrainCorp, Russia’s investment and trading group Summa is apparently unlikely to follow through with the purchase. Meanwhile telecoms major Sistema has, Reuters says, signed a non-binding agreement to buy a 100% stake in Argos Group.  The warring billionaire owners of Norilsk Nickel, Oleg Deripaska and Vladimir Potanin, are apparently looking to resume talks to settle their four-year long dispute over the company.

Business activities in Moscow’s largest Orthodox cathedral are the subject of this article from RFE/RL.  The New York Times profiles Archimandrite Tikhon Shevkunov, ‘Putin’s spiritual father’, who oversees the monastery recently accused of housing a brothel.

PHOTO: Norilsk Nickel, the world’s largest producer of nickel and palladium, has been the subject of a long-running shareholder dispute since 2008. (Norilsk Nickel)