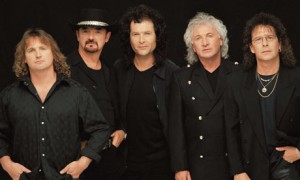 Ria-Novosti reports that the opposition movement has established a working group which will begin collecting signatures for a petition demanding that the National Supreme Court annuls the outcome of the Dec. 4 parliamentary elections.  Voina founder Oleg Vorotnikov discusses the group’s latest art action with the Washington Post: ‘If you ask us a question about whom would we prefer — Putin or Medvedev — it shows that you don’t understand what you’re talking about’.  Canadian human rights lawyer and Nobel Peace Prize nominee David Matas claims that he has been banned from Russia as a result of a report he penned on the suppression of Falun Gong followers on Russian soil.

The fatal shooting of a young Moldovan man by a Russian peacekeeper at a checkpoint on New Year’s Day has sparked a row between Moscow and Chisinau.  The AP provides a summary box for Putin’s prospective Eurasian Union. Russia’s Defense ministry has announced that as of 2012 it will use computerized tests to assess the mental health of servicemen deployed in the North Caucasus Republic of Chechnya.

Controversy over the nature of the fire which engulfed the submarine the Yekaterinburg last week has emerged after a blogger provided photo evidence, which can be seen here, that the fire may have been of a different nature to that suggested by the authorities.

The Guardian reports that Bradford rock band Smokie were hired to appear at an invite-only Kremlin dinner attended by the President and Prime Minister on December 30.  This was at the behest, some speculate, of rock-loving Medvedev.  In the words of the bass guitarist: ‘It was very highbrow. There wasn’t any dancing in the aisles’.