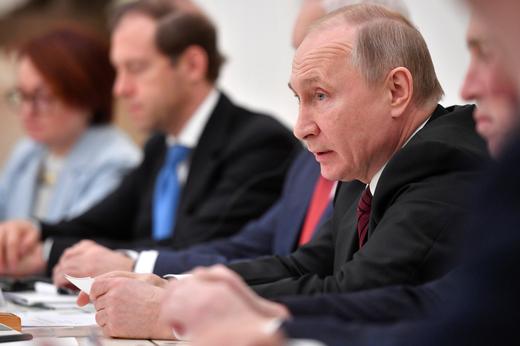 President Vladimir Putin announced plans to develop a giant gas field in the Yamal peninsula, containing reserves worth 60% of Russia’s GDP, to commence in 2023. Putin met with heads of the world’s top oil traders in Moscow yesterday, including BP, Glencore, and Vitol, saying that Russia is doing all it can to make foreign investors feel comfortable in Russia, despite current sanctions. Suleiman Kerimov, whose family controls gold producer Polyus, is back under investigation for tax fraud in France. Following charges filed by Roscosmos head Dmitry Rogozin, Moscow police are investigating Internet publications that criticised his professional performance.

Three regional leaders have resigned over the past three days – “a staple of pre-election season”, says Meduza, which notes prior low approval ratings for all of them, and a long-term pattern of “bundled” resignations that address tactical issues but not long-term strategy. The Kalmykia governor position was just given to a kickboxing champion who plagiarised his PhD. Rosstat will no longer be publishing monthly real income data, for example (which has fallen for 4 years straight). Nonetheless, a Rosstat spokesman denied any political motivations for changing the method it uses to gather data, and how frequently it will release its numbers.

Russia has completed construction on a 2.2km railway bridge to China that will connect the countries across the Amur River – it is the first of its kind, and will be used to ship 21 million tons of goods annually.