Russia’s Far East Fails To Live Up To Promise 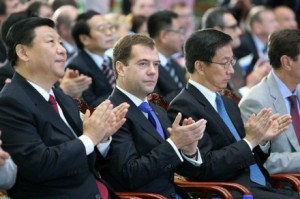 The IMF had little in the way of good news for any major economy when it gave its biannual World Economic Outlook report yesterday.  As the prospect of eurozone contagion casts an ugly shadow and the US battles it national debt, China is looking blissfully removed from the turmoil gripping the US and European financial markets.  With IMF predictions of 9.5% growth, only 0.1% down its June estimate, the term ‘eastern promise’ has rarely seemed so fitting.

The Kremlin has long focused significant efforts on improving trade ties with its easterly neighbor, primarily through fuel exports, with Russia’s vast LNG supplies channeled towards its energy-impoverished associate via the East Siberia-to-Pacific Ocean pipeline.   Trade between China and Russia doubled in 2010 to $60 billion.  A long-term strategy of investing in the Asia-Pacific rim is reflected by Moscow’s continued efforts to empower the city of Vladivostok, ‘overlord of the east’, the pivotal port metropolis.  Major construction works across the city for the September 2012 Asia-Pacific Econ­omic Cooperation conference are part of efforts to restore this once-grandiose conduit of relations with the East.  An in-depth article in Christian Science Monitor, however, suggests that far from signalling progress and regeneration, the works are simply digging deeper into strata after strata of corruption:Andrey Kalachinksy, a veteran Vladi­vostok journalist, described the APEC construction drive as “propaganda.” While tens of thousands of workers have been employed on the new projects, he says a large proportion of them are outsiders and that little benefit was reaching locals.

“It’s good propaganda for Moscow people…. For local people, we need other things: jobs, good salaries, and the possibility to buy a new house or own apartments,” he says. “The economy is good when you have more money than before. Now I really don’t know any real businessman here who can say that he has more money than before. All the money is going back to Moscow.”

David Satter author of “Darkness at Dawn: The Rise of the Russian Criminal State,” says corruption in the Primorsky region around Vladivostok – which he called “the most criminalized enclave in the whole country” during the 1990s – is still repelling foreign investment.

“One of the reasons why the Vlad­i­vostok region has problems is that it’s a very undesirable climate for investment because it’s so criminal,” he says. “That’s not going to change as a result of what they’re doing.”