The Gambia and Thailand: A Tale of Two Coups 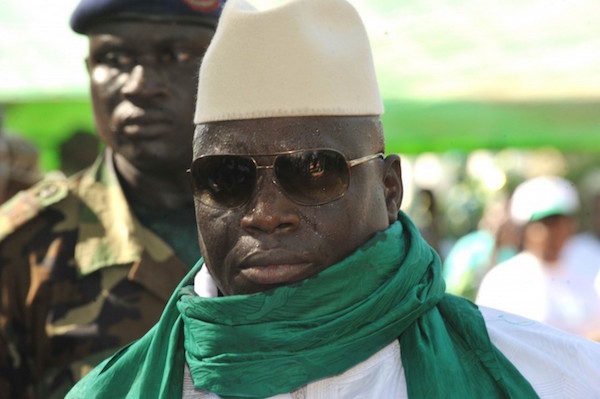 For all of those committed to rule of law and democracy, the recent removal of Gambian President Yahya Jammeh from office is a most welcome development.

Jammeh, who lost the December 2016 presidential elections in a surprise landslide to incoming Gambian head of state, Adama Barrow, had first taken power via a military coup in 1997 and had made it clear he wasn’t giving up office – despite an overwhelming democratic mandate against him – without a struggle.

It took a clear threat of removal by force from neighbouring Senegal – something that had the full backing of the Economic Community of West African States (ECOWAS) – to finally oust a dictator who’d been prone to not only making the most outrageous claims, including being able to cure AIDS and that he would rule for a billion years, but also committing terrible human rights abuses.

Yet, the most striking facet of the entire Jammeh episode has been the international community’s willingness to defend Gambian democracy – even by force if necessary. These efforts were led, as mentioned above, by Gambia’s regional partners in ECOWAS, a body whose strategic military interventionism was necessitated by West Africa’s recent bloody history. However, ECOWAS’s efforts to make sure Gambian democracy held were further fully supported by the international community and the UN Security Council, lending considerable diplomatic weight to said efforts.

The outcome was unequivocal – the democratic will of the Gambian was fully respected and supported with Jammeh fleeing Gambia in January 2017 and President Barrow taking up his rightful position.

At the other end of the democracy spectrum sits Thailand – a country ruled by the only military government on earth having been abandoned to despotism by both its regional partners in ASEAN and by the international community. However, it didn’t need to be like this.

After a long history of post-WW2 coups, by 2001 Thailand was seen to be moving very firmly and speedily towards finally being a fully-fledged democracy. The 1997 “People’s Constitution” had fully enshrined the rights of ordinary Thais to be represented by an elected parliament and the 2001 general election secured a sizeable mandate for incoming Thai PM Thaksin Shinawatra and his Thai Rak Thai (TRT) party. This was further underlined in 2005 when Thaksin & TRT – who ran on a platform of affordable healthcare and highly successful poverty reducing micro-credit schemes – won another major landslide election victory.

Thailand’s highly corrupt military and other anti-democratic forces were shaken to the core by Thaksin’s success, and in September 2006 after violent street protests and Thaksin calling another election he was sure to win, the tanks rolled and the general’s seized power.

To describe the international community’s reaction as supine to the 2006 Thai coup would be to at least recognise it held some kind of position. In short, it was worse – it was indifferent. The Americans made some suitably banal statement, the British Ambassador was quickly out hobknobbing with wealthy coup supporters and even human rights defenders like Human Rights Watch and Amnesty failed to adequately understand the threat to Thai democracy.

By 2007 a military sponsored constitution was rammed down the throats of Thais and in elections in the latter part of that year the Thai people once again elected a Thaksin-backed party, the People’s Power Party (PPP). It didn’t take long for the anti-democratic forces to remobilise and by late 2008 the PPP govt was ousted in what was widely described as a “judicial coup”, something which established a minority govt led by the deeply unpopular and divisive Abhisit Vejjajiva. Again both ASEAN and the wider international community said and did nothing.

During 2009 and 2010 ordinary Thais finally took to the streets to protest against Abhisit’s regime. Their call was simply for new elections. In March and May 2010 Abhisit responded with Army snipers, tanks and special forces. Almost 100 unarmed Thai civilians died and, once again, ASEAN and the international community sat on their hands and did nothing.

Unsurprisingly the 2011 general election produced yet another overwhelming mandate for a Thaksin-linked party – this time led by his sister, Yingluck Shinawatra. That this was the 6th straight election win for a Thaksin-linked party was entirely irrelevant to the coalition of shadowy billionaires, corrupt aristocracy and ageing generals who made up Thailand’s anti-democracy elements. Once again they began to stage increasingly violent and more extreme protests and by early 2014 a coup was inevitable.

The tanks rolled in May 2014 and the head of the Thai Army, one General Prayuth Chan-ocha, tore up the constitution, dissolved parliament, removed PM Yingluck from office and imposed martial law. And, as per script, apart from a few hackneyed statements to camera, the international community and Thailand’s regional partners in ASEAN did nothing. In fact it wasn’t long before the likes of UK Ambassador Mark Kent were meeting with the General Prayuth with the US Ambassador soon following suit.

Thailand now appears plunged into a dark age, elections have been suspended indefinitely and it’s people live under the fearful yoke of a military dictatorship without even their most basic freedoms protected. The international community has leaked any influence to shape events and ASEAN has completely abandoned democracy as a meaningful principle worth defending.

At every turn the Thai people expressed their democratic will and at every turn both ASEAN and the international community refused to act when that democratic will was usurped. It’s therefore not a stretch to consider both as collusive partners in Thai democracy’s “failure”.

The Gambian model, however, offers hope wherein regional partners backed up force and by the international community can intervene to sustain and promote democracy, rule of law and stability. That the world should now look towards a region that was once one of the most unstable and violent on earth speaks volumes for ECOWAS and its willingness to act.

Despotism thrives when it is unchecked – if the international community wants to protect the democratic will of the peoples not only of Thailand but of the whole of the ASEAN region it must start to show at least the beginnings of a similar willingness to act. The Thai people certainly deserve better than living their lives at the end of a barrel of a gun.