The Life of Putin 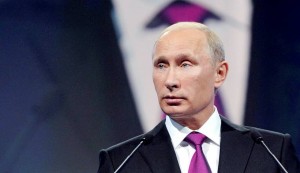 Shaun Walker has written a mammoth piece on Vladimir Putin’s last 12 years in office, describing his transformation from a ‘grey blur’ suffering from ‘awkward catatonia’ into a ‘charismatic superman’.  It’s a very entertaining read, and a thorough summation of the Prime Minister, who has been in charge for a decade in which very little has changed in Russian politics: Putin and his friends in the Kremlin (coined the ‘New Nobility’ by Andrei Soldatov) continue to own and control everything, the prominent parties do not change, no new opposition parties are permitted to take a prominent enough position to change the political scenery, satire and opposition are thwarted and covered up.  What is so often touted as a decade of ‘stability’ holds equal weight with ‘stagnation’.

The article has some fascinating biographical information about the current PM, including reports of his reticence and insecurity during his early time in power, his initial hardline on Chechnya, his collusion and battles with oligarchs, his macho stunts, and the death of free television; and Walker explains Putin’s rise by explaining the stark contrast that he initially made with Yeltsin, under whom ‘a few people walked off with all the cash, while the majority lived in poverty and chaos’ (sound familiar?).

But where Walker’s piece really hits the nail on the head is where he talks about more recent developments on the Russian political map, perhaps even in just the last month or so.  He says that Putin’s most recent bid to return to the presidency has sparked a shift in political consciousness among Russian citizens:

Several thousand people chanting “Putin is a thief” in central Moscow is not going to bring down the regime tomorrow, but it was utterly unthinkable just a few months ago.

He also adds a sobering thought for anyone thinking that Putin could actually survive the current wave of dissatisfaction.

The worry, of course, is what might happen in the next 12 years. If Putin is already ripping his clothes off on an alarmingly regular basis and having ancient urns placed for himself to find heroically, just what heights might be reached by 2024?