The Unfortunate Gift of Foresight 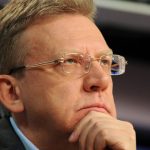 In popular culture the year 2012 is charged with impending apocalypse, largely thanks to its apocryphal significance in the Mayan calendar.  Could this be the year that sees Putinism lurch towards a grizzly end?  A new report today from the Moscow-based Center for Strategic Research portends doom and gloom:

There is a “critical lack of trust” and “fatigue” with Russia’s ruling elite across society, according to the institute, which conducted surveys between March and May in a dozen cities and towns across the country.

The government being unable to deliver on pledges for social spending would trigger mass demonstrations across Russia, according to the institute, whose board of trustees is headed by Deputy Prime Minister Dmitry Kozak.

“The political crisis could quickly become acute if it’s aggravated by a fresh economic crisis,” it said. “This is highly likely to provoke a rapid loss of political control and an accelerated change in the political system.”

Said financial crisis could come in the form of walking wounded euro-casualty Greece  – whose financial collapse would, the report argues, have serious knock on effects on Russia.  It is not surprising that the document stems from a survey requested by the Committee of Civil Initiatives, headed up by former Russian Finance Minister Alexei Kudrin.  The fiscal conservative has long been pessimistic regarding Russia’s financial stability, so it is just as well he is outside the Kremlin, given that naysayers are rarely tolerated by autocrats.  Will he prove to be Russia’s Cassandra on the Greek crisis?