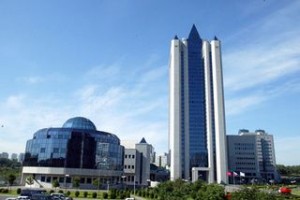 As analyst Mark Adomanis knows well, defending Russian foreign policy maneuvers on certain matters can be somewhat problematic.  However, he makes an interesting argument here in Forbes about Russian reluctance to support sanctions (as has been the case with Syria and is now the case with Sudan) and what this says about the Kremlin’s own conception of international diplomacy.  As he points out, if Russia were to support sanctions against oil-producing Sudan, disruption to supply would invariably have an effect (if small) on prices, which would of course in turn serve to benefit a country whose budget is largely buoyed up by energy exports.  This pattern was also perceptible in Russia’s gradualism with regards to sanctions against Libya, which came only five months after the UN Security Council had introduced theirs.  He explains what he considers this to indicate:

It would this appear that Russian opposition to sanctions in Sudan is not purely a self-interested act or ploy, but actually reflects a comprehensive understanding of diplomacy and statecraft, one very different from our own, that is predicated above all else on the understanding that the first order of business for any regime is survival. That is why places like Cuba, or Myanmar, or Saddam-era Iraq do not simply roll over and play dead once they’re put under a sanctions regime, because their first order of business is simply to continue in power. There’s also the fact that political opposition within poor countries with state-dominated economies tends to weaken, not strengthen, as a result of sanctions – largely because the regime and its supporters have control of and priority access to vital resources. Thus Lavrov’s description of sanctions as “unproductive,” which to the typical American must sound either bizarrely naive or downright evil, isn’t necessarily as crazy as we might think.

Russia’s essentially blanket prohibition on sanctions might not be the most morally laudatory position in the entire world, and certainly has a certain amount of self-interest in it since Russia would like to avoid ever being targeted by such sanctions, but it’s not ipso facto irrational when you look at how sanctions have impacted the real world behavior of other less-than-savory regimes. Consider the United State’s decades long embargo of the Castro regime in Cuba: how effective has that been at modifying the regime’s behavior or at making it more predisposed towards American interests? It’s certainly helped keep the island even poorer than it would otherwise have been, but in its main goal of weakening Castro’s dictatorship it has been a spectacular, resounding failure.