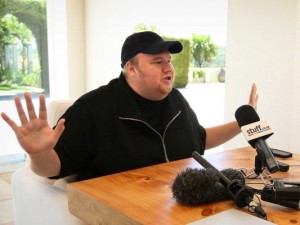 Whenever a new case starts, it can be expected that the critics will come out.

When I began working in Russia in 2003, you wouldn’t believe the kind of dire warnings I received from well-meaning colleagues telling me to stay away.

When it was announced that I would represent the Red Shirt movement in Thailand and former Prime Minister Thaksin Shinawatra, we received dozens of hysterical attacks and more than a few death threats from extremist elements among the Thai elite. The same story goes for my involvement in Singapore, Nigeria, and Zambia, among other heated disputes.

Nevertheless I was a bit taken aback by the reactions of some friends in the Russia sphere to the news that I am now part of the legal team representing Kim Dotcom, a leading Internet entrepreneur whose business was unlawfully destroyed and assets seized by a crusading U.S. prosecutor. As I’m currently on the road, my response may not cover every point of contention, but I will be revisiting all these points in coming weeks.

Firstly, let’s get the non-sequiturs out of the way. Yes, of course I believe in property rights as the bulwark of liberty. I also wholly reject piracy and violations of intellectual property rights (in fact, I have spent years of my career defending similar property rights in a number of foreign countries). I am firmly committed to the free flow of capital, people, and ideas that has unlocked the potential of entrepreneurs, and minimizing the role of the state in the economy. I also believe that businesses, as well as official bodies, must conduct themselves according to the law under a rule of law, within the predictable confines of lawful procedure and due process.

It may surprise some readers to learn that Kim Dotcom himself embraces all the above-stated values as well, even if his larger-than-life brand sometimes exhibits an inverse caricature of the phony allegations against him. But you don’t have to like Kim’s style – you may hold any opinion you wish – but what’s important is that his rights have been arbitrarily and selectively violated.

The main problem is that some people are willing to take the DOJ’s indictment at face value, instead of seeing that it is a contract prosecution hanging on a very questionable legal theory and an absence of merit. Consider the facts:

1) Megaupload had an excellent record of compliance with takedown requests, and even went one step further to provide direct access to many content companies for instant takedowns on demand.

2) The U.S. prosecutors are trying out a new legal theory in which civil charges are transposed into criminal charges, including mass seizure of private property without hearings, and the deployment of violence and surveillance despite the absence of any threat. It cannot be repeated enough: there exists no federal criminal statute for secondary copyright infringement.

3) Additionally, it must be recognized that the outcome of this case will play a definitive role in the ongoing struggle between regulation, innovation, and the politics of the Internet.

Considering how so many other online services companies work, what, exactly, had Megaupload done differently than other market leaders, such as RapidShare, Dropbox, Google Drive, or even YouTube?

Even the allegations relating to something known as the rewards program are grossly misleading, as the program had a 100MB limit per file, which is much too small for movies.

Kim Dotcom and other shareholders were given zero warning of any legal issue with their operations – they had received no correspondence from state officials, and instead were collecting dozens of testimonials from content producers thanking them for their prompt removal of infringing content. It was only on that morning of the raid, as the gunmen stormed the Dotcom mansion, terrifying Kim’s pregnant wife and other innocent people on the property, that it was apparent to the Megaupload owners that they had been unwillingly cast in the FBI’s macabre show of force.

Secondly, I am very alarmed by the easy acceptance of this application of civil charges into criminal charges. This sets a very dangerous precedent that would be open to vast abuses of basic rights. All citizens who value the rights of private property must be very skeptical about the increasing use of civil asset forfeiture in copyright enforcement. Considering all the laws broken by the state in this case, one may wonder who the real “legal nihilists” are.

The U.S. government violated the law when they raided the Dotcom mansion based on faulty warrants. They broke the law when they conducted an illegal search and seizure and illegal spying on residents. They most definitely broke the law when they copied and transferred data out of New Zealand without court approval, and furthered their legal nihilism after the adverse court order by not returning the data back to New Zealand. They also violated the rights of millions of innocent consumers and substantial non-infringing uses when they took the entire Megaupload cloud storage site down without notice and failing to provide the opportunity for the defendants to be heard by a court.

Or, to put simply, whatever happened to the presumption of innocence, and why is it being denied in this case?

It is especially disappointing to me that when all this reason and logic fails to take hold among Kim’s critics, they balk and point to his home, his lifestyle, and other symbols of success as “evidence” of wrongdoing. Doesn’t anyone understand that cloud storage is an important and growing legitimate business? For example, Dropbox generated an estimated $240 million in revenue in 2011, while Google and Microsoft are making aggressive moves to catch up. This does not mean that cloud storage companies have benefitted from infringement any more than the U.S. Postal Service, FedEx, or DHL have benefitted from various contraband trades. Piracy is a serious problem that must be confronted together by governments, service providers, and users themselves, however it is entirely wrongheaded to destroy the companies of those who bear no responsibility.

I enthusiastically became involved in this case because I believe in the core values that we are seeking to defend. The world is currently witnessing a renewed attempt by governments, sometimes at the behest of private economic interests, to limit the capabilities and functions of a free Internet. States such as Russia and China seek to exert heavy-handed control over the Internet for political censorship, while the U.S. aims to subsidize Hollywood studios and entertainment conglomerates through copyright extremism – and by doing so pose an existential risk to your privacy.

Having just spent a week in New Zealand with the brain trust behind Mega, I can tell you that these are extremely talented and innovative young entrepreneurs who are offering important advancements to users. The encryption cloud storage service that Mega offers may assist many budding democracy activists in difficult countries to communicate more securely away from the prying eyes of authoritarian censors.

What has happened in the Kim Dotcom case goes far beyond right vs. left, pro- or anti-American sentiment, though I acknowledge that there is a lot of noise from the fringes on these issues. This is fundamentally about rights and protecting privacy; values that many conservative elements are coming around to despite the sometimes awkward overlap with progressives and net freedom activists. The U.S. prosecutor who brought this case has used “weaponized justice,” overreaching with civil law in an attempt to manufacture a transnational crime. Anyone who cares about human rights should be deeply alarmed, including those sitting on both sides of the aisle.

“Conservatives and libertarians, who are naturally suspicious of big government, should be skeptical of an ever-expanding copyright system,” writes Jerry Brito in the introductory chapter of Copyright Unbalanced: From Incentive to Excess, a book featured in a recent event held by the Cato Institute, a libertarian think tank. “If we can for a moment put aside our foundational disagreements about the nature of intellectual property rights, conservatives and libertarians may find that there is much agreement about the excesses and deficiencies of our current system.”

As a passionate advocate for rights and rule of law, there is no strange bedfellow in joining the Kim Dotcom defense effort. However it is unsettling to see some respected colleagues jump into bed with current and former politicians like Al Franken and Chris Dodd, who have championed the campaign to pull both internet privacy and technological innovation under a dark cloud of state control.

But perhaps this case can be the beginning of a more reasonable debate on these issues, and it is my hope to see a more fruitful engagement based on the concepts rather than flawed character assumptions.