Will Russia Lose Business with the Next Venezuelan Government? 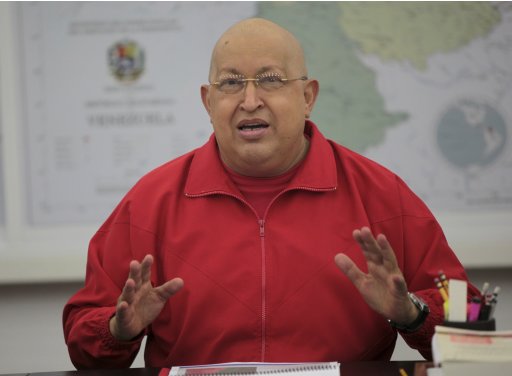 In case you haven’t been following the news, Venezuelan President Hugo Chavez has cancer.  After several surgeries and chemotherapy treatments in Cuba, Chavez has returned to a very tense political situation (even by Venezuelan standards), as he has moved forward the upcoming elections from December to October 2012.  In an interview with Mexico’s Milenio Semenal, one of the president’s doctors has disclosed that he is suffering from highly aggressive tumor located in the pelvic region, giving him only two years to live, in the surgeon’s opinion.

Without a clear successor or any strong institutions or party (the downside of authoritarian forms of populism), the time of the Chavistas appears to be drawing to a close, bringing forward the possibility of an opposition-led government and a series of political, economic and social changes that are difficult to imagine.  From the Russian perspective, there is considerable concern that their close ties and support of Chavez may be resented by the next government, resulting in the reversal of a number of crucial business deals in the areas of arms, oil and gas, and a number of financial joint ventures.  Writing on Petroleum World, former PDVSA boardmember Pedro Burelli writes that Russia may not necessarily lose out on their commitments, and, if they are willing to compete for these contracts in an open and transparent process, they stand a good chance to continue to be deeply involved in Venezuela.

Hundreds of millions of Venezuela’s and Russia’s easy-earned oil dollars are probably already in secret accounts of crafty functionaries on both ends of these hurried deals.

From my conversation with leading opposition political figures in Venezuela, there is absolutely no intention to break LEGAL commitments that serve the real interests of a free and truly democratic Venezuela, but at the same time there is a clear expectation that grown ups – whether they speak Russian, Mandarin or Brazilian Portuguese – will understand perfectly well when the music stops and it is time for them to leave the party owing up for junk debt, broken down air crafts, rusty tanks and ‘misplaced’ silverware.

In order to ally misperceptions and fears, I have reminded many in Russia’s establishment that the Chinese oil companies came into Venezuela prior to Chávez’s election in 1998. They were awarded contracts in open and transparent processes in which they outbid some of the largest companies in the world – including most of the US based oil majors. Russian companies were invited by PDVSA to participate in these bidding rounds and it was the Russian government that banned them from doing so as the main priority then was to channel scarce funds into Russia’s crumbling Soviet-age oil infrastructure. So it is not true that an opposition led government will blackball Russian energy companies as a matter of principle. And at the same time they must remember that Chávez unilaterally changed the terms of the Chinese contracts and treated them with the same heavy handedness he treated Conoco and Exxon.

I hope this article is well read in the Kremlin and surrounding buildings. There is much to be learnt about 11th hour greed.