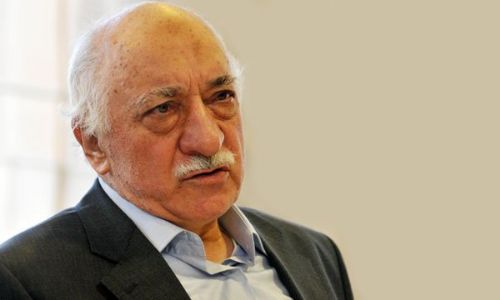 Since beginning this case concerning the global investigation into unlawful activities of the Fethullah Gülen network, I had come in expecting an aggressive counter-attack, featuring all the usual propaganda, hyperbole, and ugly personal attacks.

After all, Gülen controls a massive media empire through his proxies, including the most visibly ideological newspaper Today’s Zaman, and has Gülenists positioned throughout prominent international think tanks, which serves only to perpetuate their alternate reality about Turkey throughout the Western world. That, and of course, their millions of dollars spent on lobbying key officials at all levels of government.

So what has been surprising is not that this media domination has been used to defend the Gülen network’s alleged criminal conduct, but rather the way in which they are doing it.

One prime example is an opinion published in Today’s Zaman on December 11 by columnist Emre Uslu shortly following our second press conference announcing a new legal action and sharing the first revelations from our whistleblowers.

Uslu’s approach to the very serious accusations facing Fethullah Gülen is emblematic of the culture of deception that characterizes the network as a whole – that is to say that they are failing to deal with the substance of the accusations at all, and instead focused on defaming the plaintiffs with manufactured falsehoods with the implied message that Gülen should enjoy impunity so long as his victims are seen as enemies.

The column, which purports to “celebrate” the lawsuit as some sort of “good news,” provides no explanation, no clarity, and no argument regarding Gülen’s alleged role in orchestrating these false trials and the associated violations of human rights.

This is actually a learning moment for readers of Today’s Zaman to understand the important line between journalism and agenda, to see the mask briefly slip off this organization and peek at the true face of what this movement is about. There is a painfully, embarrassingly large gap between the slew of newspaper articles in the U.S. press concerning Gülen’s alleged criminal conduct and the coverage produced by the network’s media.

Case in point, everyone should carefully read the report published yesterday in the Chicago Sun-Times, titled “THE WATCHDOGS: Charter firm suspected of cheating federal grant program.” We have translated a version in Turkish here.

This report reveals extremely alarming alleged criminal conduct by a key institution in the Gülen network known as Concept Schools, which is accused of defrauding the U.S. government by funneling more than $5 million in federal grants to insiders and “away from the charter schools,” and unlawfully sending these monies abroad to fund Gülen’s political agenda to destabilize Turkey.

According to the Sun-Times, “The newly obtained search-warrant applications provide the first glimpse of what investigators suspected — that Concept violated the E-Rate program’s ‘fair and open competitive bidding’ rules. The documents also identify Concept executives and contractors who have come under scrutiny.”

Take these latest fraud accusations and consider them alongside earlier reports in the Daily Caller, which found that a Gülen front has donated as much as $1 million to the Clinton foundation, while a USA Today report uncovered the Gülenists secretly funding more than 200 illegal trips for lawmakers. And this is just the tip of the iceberg.

The time has come for the Gülen organization to be unmasked. These criminal allegations, ranging from human trafficking to visa violations to fraud, must be taken seriously – the Gülenists can no longer simply use lies as though it were a charter school application or an H1B visa form.

I accept that their domination of the political space, particularly outside of Turkey, has been almost without precedent. The network is unaccustomed to transparency, and unaccustomed to dialogue or questions. However no matter how they spin this, the illegal and indeed shameful conduct of the Gülen organization in the United States cannot be portrayed as anything other than a complete and utter failure to not only obey the law but to honor even the most basic ethics among men.

What is the greatest shame here is that there is no doubt that there have been good works achieved by unknowing members of Hizmet within this corruption scheme. I have no doubt that there continue to exist elements among the Gülenists that are not aware of the overarching agenda, and it is a great pity this culture of deception is making a mockery out of their work.

However, the work of Today’s Zaman in deflecting and attacking any of those who seek to tell the truth about the organization undermines all their arguments concerning the free press, because these writers are apparently far more captive to defend a private interest than any journalist that pretends to be independent has any right to be.

I would suggest respectfully that Zaman would be doing a far greater service to the organization and to Turkey by speaking the truth and stop spinning a yarn that only serves to distort the type of healthy and constructive debate necessary in any democratic society.